The first matches played were the Mens' and Ladies' Singles matches in which the standard of play was very high. In his first Finals match, 15 year old Lazar Andelkovic faced the highly experienced Duncan Chorley in the men's singles final and despite some stunning shot play, he eventually lost to Duncan in two sets. In the Ladies' singles, Tracy Lederer and Alita Davern fought a very close and competitive 3-set match lasting for 2.5 hours, which Alita finally won 8-6 in the final set. That was not the last these two ladies saw of each other as both played on opposite sides in the Ladies doubles and Mixed Doubles finals. Alita partnered Angela Ghosh and secured a convincing win, 6-0, 6-2 over Cathy Pillborough and Tracy in the Ladies Doubles. On the next court in the Mens Doubles final, Alita's and Angela's husbands, John Ghosh and Fergal Davern secured a two set win over Peter Wrigglesworth and Lazar.

The final two matches of the day were the mixed doubles final in which the holders Alita Davern and Duncan Chorley were victorious over Fergal Davern and Tracy Lederer in two sets. Meanwhile, in the Mixed Veterans final, John O'Dwyer and Sue Jones defeated David George and Alison Cameron in a close two sets. 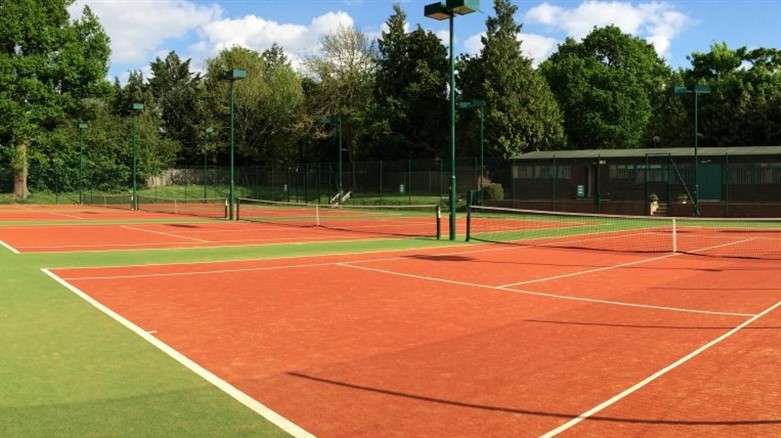